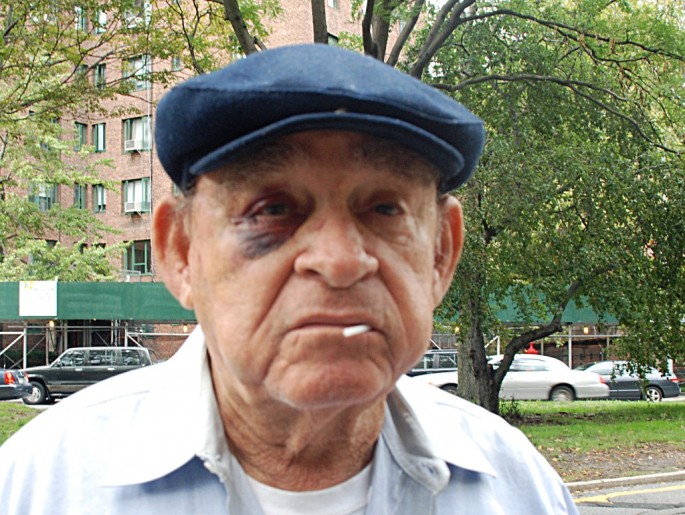 NEW YORK — An 81-year-old Parkchester resident was knocked down and punched inside the front door of his apartment building Thursday afternoon by a young male assailant who tore off the senior’s jewelry and emptied his pockets of cash.

The footage shows Rodriguez, who was returning home at around 4 p.m., opening the door to his building, when a man wearing a towel draped over his head grabs him from behind.

The mugger then held Rodriguez in a chokehold and shoved him into the lobby, where he began hitting him in the face. Once Rodriguez fell to the floor, the teen tore the towel from his head and continued beating and kicking. (Photo by Ted Regencia)