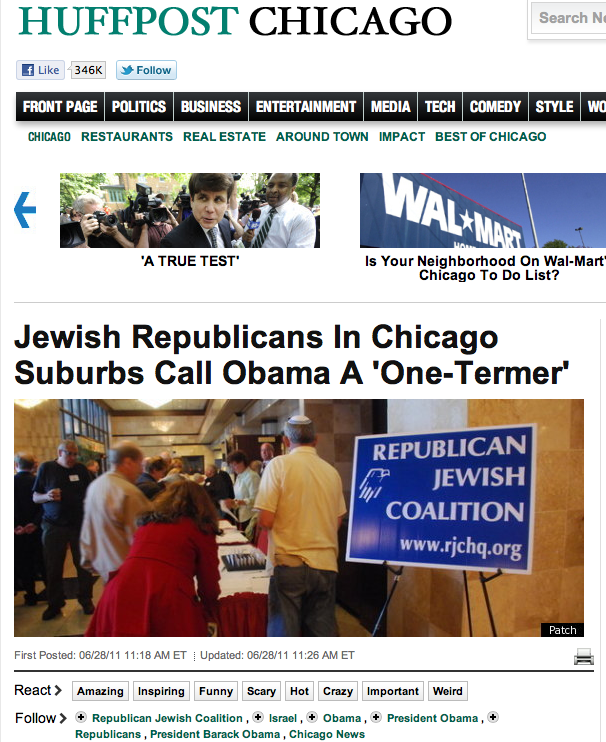 SKOKIE, Ill. – Between analyzing the electoral prospects of Republican presidential candidates and ridiculing the “level of mental illness among liberal Jews,” members of the Republican Jewish Coalition(RJC) gathered in Skokie last week to discuss how they could help defeat President Obama in 2012.

The standing-room only crowd came from throughout Illinois to fill a conference room at Holiday Inn, where they listened to political analysts and Republican scholars offer political red meat against Obama, whom one speaker accused of being “more pro-Palestinian than the Palestinians.”

Michael Menis, president of RJC’s Chicago chapter, told Skokie Patch that his group was alarmed at Obama’s policies toward Israel.

“There’s concern in the Jewish community as far as President Obama’s allegiance to the United States’ long-time ally Israel,” he said. “Through his rhetoric and his actions, he seems to have departed from the policy that we’ve seen coming from other presidential administrations since the creation of Israel in 1949.”

Menis said the meeting’s heavy turnout on June 23 was a good indication that RJC members could be invaluable in helping efforts to elect a GOP president in 2012.