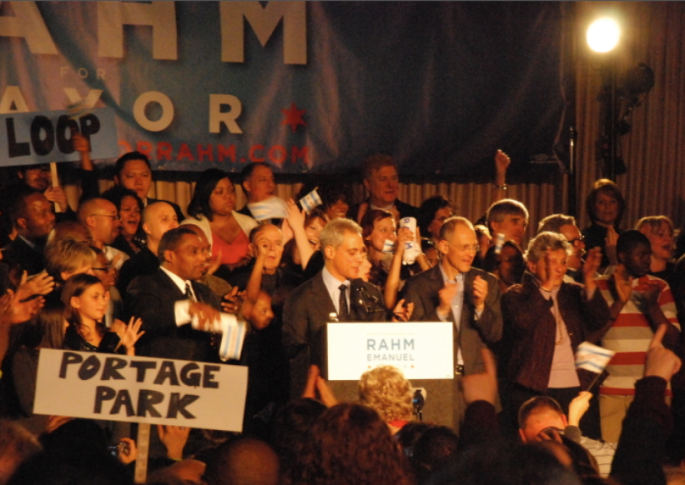 CHICAGO — For the first time in more than two decades, and following five months of high political drama, Chicago has a new mayor.

Emanuel received 55.25 percent of the vote, well above the 50 percent cut-off, which would have forced him into runoff, against the second highest vote-getter Gery Chico, former board of education president, who got 23.97 percent.

“Thank you, Chicago!” Emanuel said to cheers of his supporters. “All I can say is, you sure know how to make a guy feel at home.”

Emanuel failed to secure the endorsements of the so-called “Chicago Machine” and major labor unions, like the firefighters and the police. But with a campaign war-chest of over $13 million dollars, he built his own coalition of supporters, while blanketing Chicago with his television commercials.

“What makes this victory most gratifying is that it was built on votes from every corner of the city,” added Emanuel who was flanked by family members. “It’s a victory for all those who believe that we can overcome the old divisions and the old ways that have sometimes held Chicago back.”

“Nobody has ever loved Chicago more, or served it with greater passion or commitment,” Emanuel said, paying tribute to Daley, who is himself a son of another Chicago mayor Richard J. Daley. “This city bears his indelible imprint, and he has earned a special place in our hearts and our history.”

The vote is a ringing endorsement by Chicagoans on a candidate, who is backed by President Obama and former President Bill Clinton, who came to Chicago to campaign for his former aide. Emanuel’s election also makes him the first Jewish mayor of Chicago.

“I think what this shows is that throughout the city of Chicago, there’s a lot of confidence that Rahm Emanuel is the right person for the job,” said Congresswoman Jan Schakowsky, whose district  encompasses both the city and North Shore suburb. Within her “very diverse” district, she said Emanuel has widespread appeal.

Voter turn-out, however, was at a low of 42 percent, with Emanuel receiving 321,773 votes, according to Chicago election officials. To put that in perspective, the overall number of voters in this year’s mayoral election, an estimated 585,000, is less than the votes cast in 1983 for Mayor Harold Washington, who garnered 667,552, or his Republican rival Bernard Epton, who received 620,003 votes.

During the campaign, Emanuel faced questions in court about his residency and eligibility to run, after moving to Washington D.C. to serve President Obama. At one point, an appellate court disqualified him before he was reinstated by the Illinois State Supreme Court.

Others have questioned his business ties to the scandal-ridden mortgage giant, Freddie Mac in the early 2000s, where he served as an executive after leaving the Clinton White House. He went on to become a congressman in the city’s fifth district. 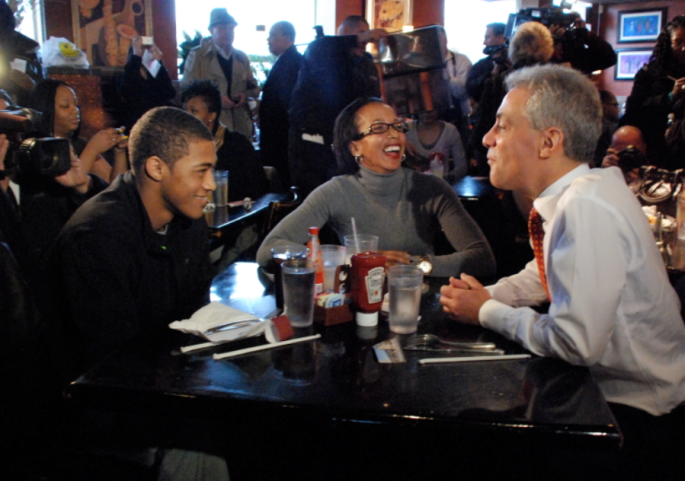 For James Villar, executive director of the Philippine American Chamber of Commerce in Greater Chicago, Emanuel’s experience and name recognition bodes well for the business community.

“I’ve known him for a while. I worked with him previously in a small capacity, and what I have known about him, he’s pretty sharp,” said Villar, adding “He’s a north-sider, I’m a north-sider.”

“I believe there’s a lot of opportunities for Filipino American businesses” once Emanuel becomes mayor, he said.

“Well, obviously, I voted for Rahm Emanuel, and I voted for him because I am familiar with his name,” Hortillo said. “I am not name-concious, but I know his work.”

She said Filipino Americans should be involved in the electoral process. “It’s your voice. You will choose the person who will represent you.” And now that Emanuel has won, Hortillo said, it is “the responsibility” of Chicagoans “to watch” what he does in office.

Chicago remains one of the most segregated cities in the U.S. It is facing major challenges including crime, unemployment and budget deficit of $654 million.

Civil rights leader Jesse Jackson, one of those who opposed Emanuel’s candidacy, said the city face’s a “profound structural crisis” including a “healthcare disparity” in the Black community, pointing to the South Side’s lack of “trauma unit” as one example. He also cited the foreclosure of “over a hundred thousand” homes and the “flat-out housing discrimination” in the city’s Black neighborhoods. “Those issues will not go away,” he said. 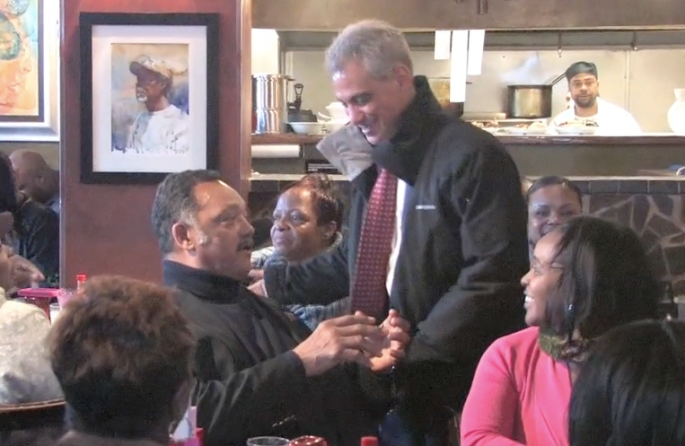 It is now up to Emanuel to face those challenges, and disprove Jackson’s contentions, as he assumes office on May 16.

“We haven’t won anything until a kid can go school and think about her studies, not her safety,” he said.

“And we need to confront a budget deficit that threatens our future – but not by burdening Chicago families with more taxes they cannot afford, but by reinventing how city government works.”