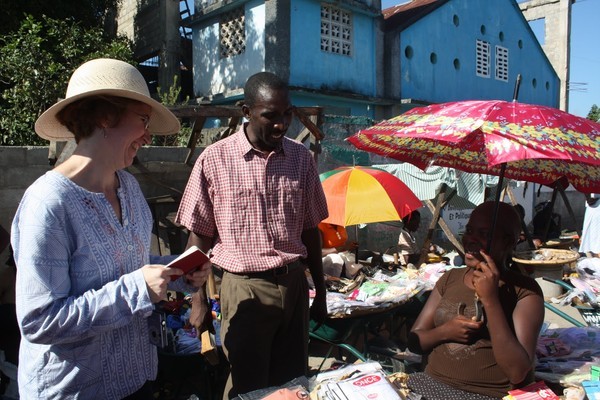 SKOKIE, Ill — As Haiti marks the anniversary of the deadly 2010 quake that claimed at least 220,000 lives, a Skokie lawyer and humanitarian worker is appealing for direct help to rebuild one community in the struggling Caribbean nation.

Rosalie Selinger Murphy, chairwoman of the Sharing Committee at St. Nicholas Catholic Church in Evanston, said even with small donations, Chicagoans can make a difference in the lives of children and adults at St. Anne Parish in Limonade, Haiti.

While her work is centered on education and microfinance, Murphy told Skokie Patch that the effort to help the community recover from last year’s devastating magnitude 7 earthquake has been complicated by the recent cholera epidemic.

“Many people have died. That [cholera] has spread throughout the country. It’s very serious and people are very frightened,” said Murphy, who visited  northern Haiti in September shortly before the outbreak.

As of December, at least 112,000 people have been sickened and 2,400 have died from the water-borne disease, according to the World Health Organization.

The University of Miami’s Miller School of Medicine had warned the disease would sicken 500,000 to 800,000 people and claim tens of thousands of lives.

At Limonade’s St. Anne, sister parish of St. Nicholas, efforts are under way to educate residents about  safe handling of water and to provide clean sources of drinking water.

Through the Sharing Committee’s partner in Haiti, Collectif du Financement Populaire (KOFIP), booklets and education materials are informing the community how “to keep safe from cholera,” Murphy said.

“There’s some public health education going on through the groups that we sponsor to try to protect people,” she said.

KOFIP educates the parishioners to “take precautions” by washing their hands, among other hygienic methods.

At the same time, St. Nicholas partnered with St. Bartholomew Catholic Church in Columbus, IN, to provide safe drinking water, which is a “huge problem” in Limonade.

Murphy flinched as she relate scenes of people “drinking from the rivers that are very dirty.”

“They [St. Batholomew] do have a clean-water program that they recently expanded in Limonade to try to bring more clean water to people,” Murphy said. The program provides filters to cleanse the water of germs and particles.

In addition to the recent effort to prevent the spread of cholera, the Sharing Committee has been organizing microlending groups and extending scholarship programs for Haitians since 1998.

In the aftermath of the devastating quake, Murphy’s organization has taken on much greater importance.

During her most recent trip to Haiti in September, Murphy said she was struck by the “overwhelming sense of what good fortune I have to live in the United States and all that I have.”

“What struck me was how many people have so little, and how living conditions for so many people are so poor, and how hard it is for people,” she said. “You can’t go to Haiti and not see the poverty the people are living in.”

Following her trip, Murphy helped organized the Sharing Fest at St. Nicholas in October, which raised $6,600. The funds will be used to finance the schooling of 28 scholars in Limonade.

Murphy said working with the students is “very inspiring” to her. “The idea that we’re really able to change these lives one person at a time is very meaningful to me.”

Since the project started in Haiti 12 years ago, students have graduated from the university with such degrees as law and public administration. 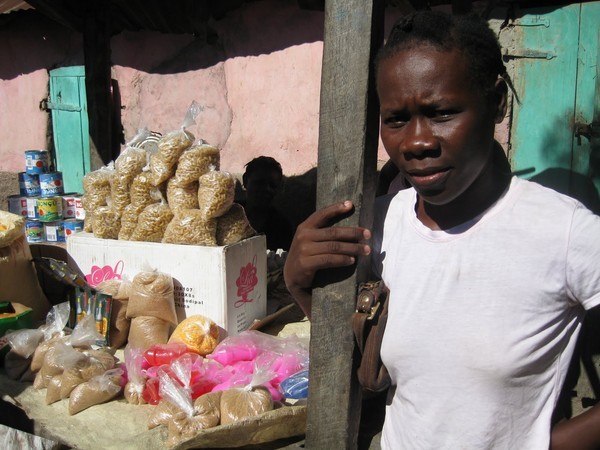 Meanwhile, Murphy, a Harvard graduate and University of Southern California-trained lawyer, led her group in raising $24,000 for the microlending program of KOFIP called the mutuelles.

Recently, St. Mary of the Lake also donated money to the Sharing Committee specifically for the literary program for adults in Limonade.

According to Murphy, the funds will be used to form more self-sustaining lending groups, whose 20-25 members will pool their money and extend small loans to its members.

One of the current organizers of KOFIP was also former scholar of Sharing Committee.

What’s unique about the group, she said, is that it’s focused equally on savings. She will also oversee distribution of loans to buy seeds and farm animals to sharecroppers.

The program also empowers local residents, instead of making them dependent of handouts, said Murphy, who met a number of mutuelle members running a small business.

Murphy’s trip to Haiti was her second in three years. She traveled with a group from St. Bartholomew.

Although Murphy and her family moved to neighboring Skokie from Evanston six years ago, they have remained members of St. Nicholas. Now she runs an estate planning business from her office at home.

Murphy is urging interested individuals and groups to join the Sharing Committee’s cause. She can be reached through St. Nicholas Parish in Evanston. (For photos, please credit Rosalie Selinger Murphy)