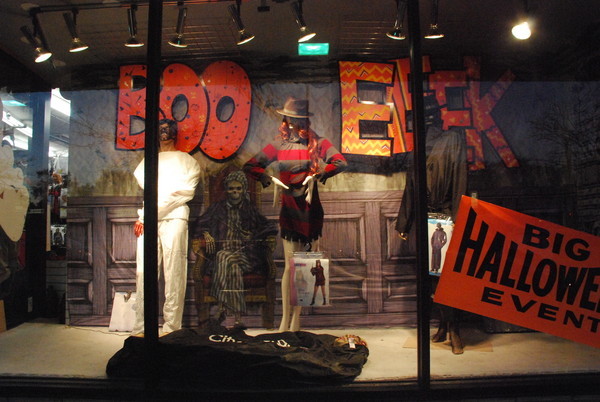 SKOKIE, Ill — It’s late afternoon on Friday and the Magical Mystery Tour is buzzing with activities, as shoppers crowd the Morton Grove costume shop looking for good deals for the three-day Halloween weekend.

Owner Randy Israel and his crew are trying to keep up with the influx of people already lining up at the cashier and huddling around the fitting area at the back of the store.

A psychedelic mix of brand new merchandise ranging from the innocent Lady Bug for kids to the sexy Mardi Gras for couples and creepy clown masks hang wall-to-wall.

Amid the gloom of the recession that has been scaring away other businesses and the ominous atmosphere of Halloween, Israel’s cash register is ringing as if it’s already Christmas.

This year Halloween spending across the U.S. is expected to rebound to $5.8 billion, up 23.4 percent from $4.7 billion in 2009, according to the National Retail Federation (NRF). That number is a return to the level of spending in 2008.

The survey conducted by BIGresearch for the retail federation, also predicted that customers will be spending an average of $66 apiece on Halloween costumes, decorations and candy in 2010.

“Americans young and old love celebrating Halloween, especially given the variety of costumes and decorations that are available,” said Phil Rist, executive vice president of BIGresearch. “Creativity will reign this year as parents look for ways to save money while making sure their families’ costumes are the talk of the town.”

That’s good news for retailers who are still reeling from the economic slowdown. But for Israel and his shop, Halloween always bring good cheer.

“Even during a slowdown, people want to have a good time,” Israel said. “They go a little extra distance during Halloween to have that fun, to be funny or sexy, or gory or political during a time like this. ”

What’s notable about Magical Mystery is that it is an independent, single-store operation. Despite stiff competition from big box stores and seasonal Halloween shops, it has survived even during these difficult times.

“We have an established clientele that, obviously, comes back to us year after year, and we always offer new and exciting costumes,” Israel said.

This year, the family-owned store turned 35, and during the last decade business has been driven as much by adults as children.

“Originally it started out as a children’s holiday, now it’s kind of taken over by adults,” Israel said.

Typically, adult costumes range from $24.99 to $59.99, and kid costumes are between $14.99 and $39.99. Prices go up if clients decide to buy matching costumes, or combine them with other glittering accessories.

Pop culture and Hollywood continue to play a large role in costume choices for all ages, according to NRF. At Magical Mystery, a number of buyers were spotted buying the Michael Jackson costume. For children, Buzz Lightyear, Harry Potter and Spider-Man characters remain popular.

How does Magical Mystery manage to keep its business open throughout the year, when Halloween only happens once annually? One solution: Adult gift items. 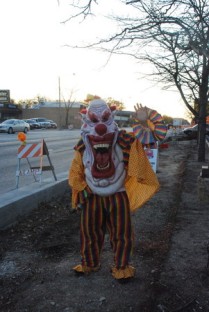 According to Israel, adults between 30 to 50 come to his shop to buy birthday and anniversary gifts. Even “adult gifts” for ages 60, 70 and 80 are “getting more popular,” he added.

Because the store is open all year, it has a wide selection of items, he said. Some costumes are specially made for the store by local manufacturers.

While chains such as Kohl’s, Target and Kmart are making their costume offerings available online, Israel said he prefers a more personalized retail.

He said it is practical to make the items immediately available to customers. Besides, he wants his customers to avoid the hassle of exchanging and returning items that do not fit.

“It’s down to the wire,” Israel said. Things are tight and people shop last minute, and that’s what we are here for. We’re stocking to the very end.”