(This is the second part of the Sept. 20 Haiti Story) 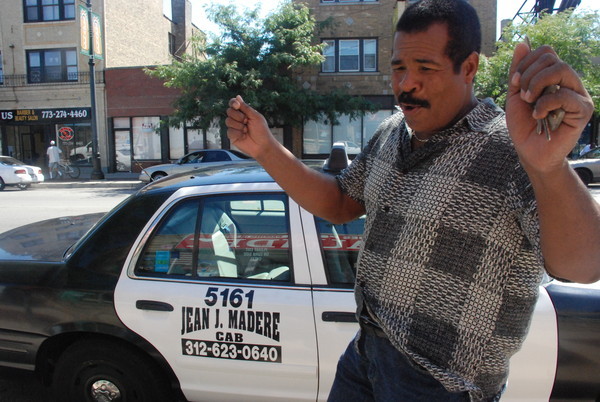 EVANSTON, Ill – The news cycle has moved on from Haiti, there are no more large telethon fundraisers or pushes to donate to relief efforts through cell phone texts. Some people, however, have not let the relief efforts move to the back of their minds.

“We have engaged in the initial phase of trying to gather humanitarian relief,” Jean-Baptiste said.

He also said the last container sent in July included old waterproof sails, which are now being used as tents. The 2nd Ward alderman also emphasized the need of “building capacity” in many of the devastated communities.

“The institutions themselves are weakened by the fact that there are number of non-governmental organizations, who absorbed a lot of the international assistance. So these NGOs set up a parallel level of governance,” he explained.

Jean-Baptiste said there should be an effort to “shore up the existing institutions that are indigenous to the people.”

“Because after the NGOS have come and gone, those people would still be there.”

He is also proposing skills transfer, wherein Haitian American professionals like doctors and nurses are allowed to serve in Haiti, while collecting the same salary they are getting in Chicago.

A plan for a sister city relationship between Chicago and St. Mark, Haiti, is also on the table. St. Mark is said to be the birthplace of Jean-Baptiste Pointe du Sable, the founder of Chicago, making it an appropriate place to build a connection.

Despite the efforts, many members of the local Haitian community say they are skeptical about the Haitian government’s role in rebuilding the Caribbean state.

“It was terrible. It was the same way. Nothing changed,” said Desnosiers, a car mechanic. “Lots of money had been collected to help Haiti, but I haven’t seen any sign of change yet.”

Traveling from the capital to his hometown, Desnosiers observed that “people are still living the same way they were living after the earthquake.”

He said part of his trip was to bring financial help to his own family.

Across the table at Sweet Nick’s Caribbean on Howard Street, Naomi Bellande was having an authentic Haitian food for lunch. 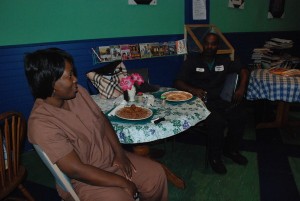 Bellande reiterated Desnosiers’ observation, noting that her late next-door neighbor in the Fontamara district of Port-au-Prince is still buried under the rubble of his house.

According to a recent Associated Press report, the quake left about 25 million cubic meters of debris in the Haitian capital, and only about two percent has been cleared.

“Nothing is being done,” Bellande said. “Where’s the money? People are still sleeping on the street.” ”I feel like a part of me is gone,” she said. “And I don’t think it would ever come back.”

Bellande, a respiratory therapist at Advocate Hospital, said she regularly sends money to her family in Haiti.

“If you don’t send money, how are they gonna live? How they gonna eat and survive? The source of income is us sending money back home. That’s what that is,” Bellande said.

Chicago cab driver Jean Madere said his brother is still living in a tent, because his house is unsafe to live.

“Haitians got to rebuild their country. We have to do it ourselves,” said Madere, a 30-year Chicago resident. “If you don’t help yourself, who’s gonna help you? You gotta help yourself first, and then people will help you.”