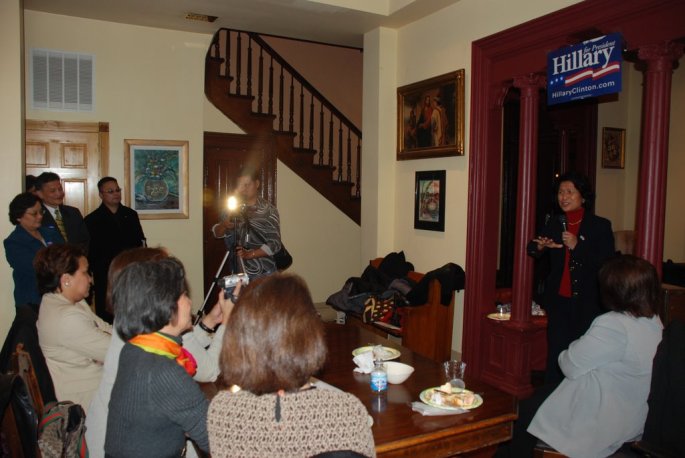 CHICAGO — “As a woman, I am calling all the women of America to rise up. We rise up this time, and get the first woman president elected to the White House,” Loida Nicolas-Lewis, former president of the National Federation of Filipino American Associations (NaFFAA) declared.

Lewis made the assertion in a one-on-one interview, before she spoke to an assembly of Chicago-based Filipino American supporters of New York Senator Hillary Clinton, who gathered in Chicago last November 20, to show their support for the presidential bid of the former First Lady.

While Clinton operatives try to play down the role of gender in the campaign trail, Lewis took the issue head-on saying, “America is still very sexist. There’s a lot of baggage in the American psyche, and one of them is the gender issue.”
END_OF_DOCUMENT_TOKEN_TO_BE_REPLACED